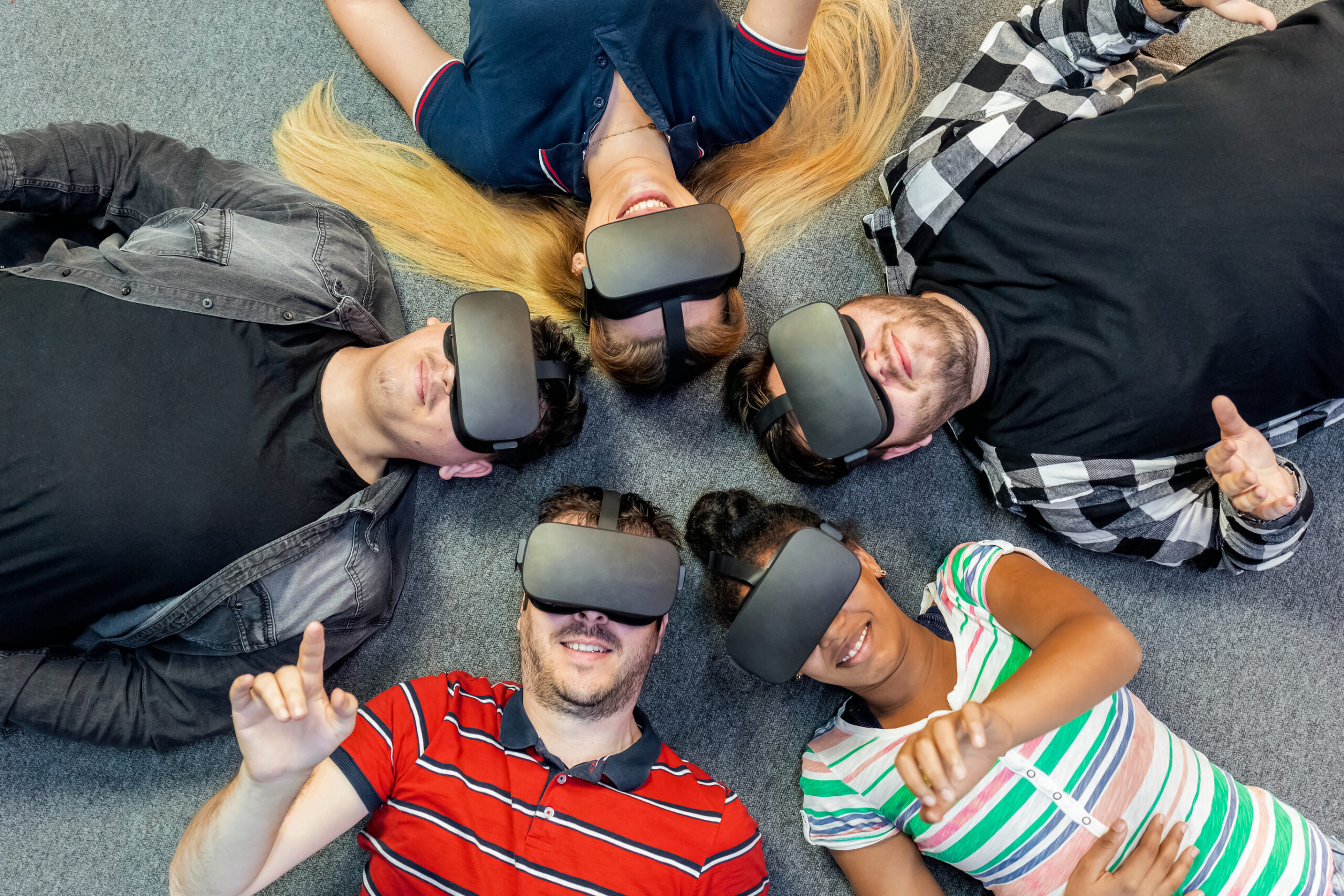 What’s This Metaverse Thing & Why Are People Excited?

You may have heard about Facebook rebranding as Meta in October of last year. The main goal of this, as was unveiled by CEO Mark Zuckerberg in his 2021 Connect, is to create the next evolution of the internet that would be called the metaverse. Zuckerberg explained that their imagined Metaverse would be an “embodied internet where you’re in the experience, not just looking at it.”

So, the Metaverse can be thought of as Meta’s prediction, offer, or investment into what the next stage of the internet will look like. But to understand what the internet’s future is, it’s useful to look at its past.

Web 1.0 was a term retroactively given to the first early stages of the internet during the 1990s. Most people used the early internet to search for and consume content like music, TV shows, and general information. Users couldn’t interact with any of the content they searched for. Personal web pages existed, but they weren’t dynamic and were usually more of a novelty than something searchable. Therefore, Web 1.0 can be characterized as having low user participation and engagement, instead being focused around consuming content.

Web 2.0 would change this through social media, which invited users to post their own content and interact with others. The internet became a network of knowing one another and sharing content across the world. Another key characteristic of Web 2.0 was the ability for an individual to create a piece of content that could potentially go “viral” and have as loud of a voice as any news channel or celebrity.

While many speculate what will define Web 3.0, some technologies are already emerging that are likely to be key characteristics of the next interaction of the internet. Just like with Web 2.0, no individual company or person will dictate what the next evolution of the internet will be. So, the Metaverse, therefore, is what Facebook (or Meta) speculates what Web 3.0 will look like.

So … What is the Metaverse? Who Owns it?

The metaverse is a virtual space that simulates our world without the same physical limitations. The idea is to have 3D worlds that you can just “put on a headset” and enter. Within the Metaverse, you’ll see virtual malls, entertainment venues, play games, and generally be able to interact directly with anyone across the world currently using it.

While this may seem far-fetched, many online games have communities of thousands that share the same interests but never meet or interact with one another in real life. To illustrate how big these online communities can be and how far they can reach, in April 2020, artist Travis Scott held a concert event inside the video game Fortnite that over 27.7 million unique players participated in.

The Metaverse is supposed to be a platform, similar to the internet, that no individual person owns. So technically, Meta won’t own the Metaverse. However, Meta has a $50 million investment fund for programs and research that will help build the Metaverse. It’s also worth noting that Meta owns Oculus, one of the largest virtual reality headset producers on the market. The Meta/Oculus Quest headsets are seen as the most accessible, as they don’t require a powerful computer to operate them. They do, of course, require a Facebook account.

Meta benefits from the Metaverse/Web 3.0 by increasing their headset sales and user engagement across platforms, as they hope to get in on “the ground floor” of the next stage of the internet.

Who Cares About the Metaverse? (And Should You?)

The vision of the Metaverse is certainly ambitious, with Facebook’s rebrand and large research grants adding credibility to their vision of the future. With increased funding, we’ll very likely see more virtual reality games and experiences popping up in the coming years. Virtual education became a necessity during the COVID-19 pandemic, and the lack of platforms specifically designed for learning became painfully apparent for students and teachers alike. NFTs (non-fungible tokens), those silly virtual pictures that have tokens marking them as unique from other pictures, have proved that unique internet products are possible if a bit morally ambiguous due to the lack of regulation.

Evolution is many things but rarely is it ever exciting. Developing Web 3.0 will be an iterative process of trial and error that will be built and expanded off the foundations of existing technologies. Think of how one could leave a “note” on someone’s web page in the early internet. These notes would evolve into comment sections and forums where people could voice their thoughts on any available piece of content or shared interest. This would, in an iterative sense, eventually lead to Twitter, where individuals can “comment” on topics and then reply to others’ comments to create an entire conversation of their own.

Meta providing opportunities to research and iterate on current technologies is certainly exciting, and it would be foolish to ignore or deny the way the internet has and will continue to evolve.

However, a single person or company can’t dictate the way the entire world will use the internet. Web 3.0 can’t exist without users, and if the Metaverse doesn’t offer accessible and attractive services to those who use the internet, it can’t claim to be the “future” of the internet.

In this article, we answered the following common questions about the metaverse: